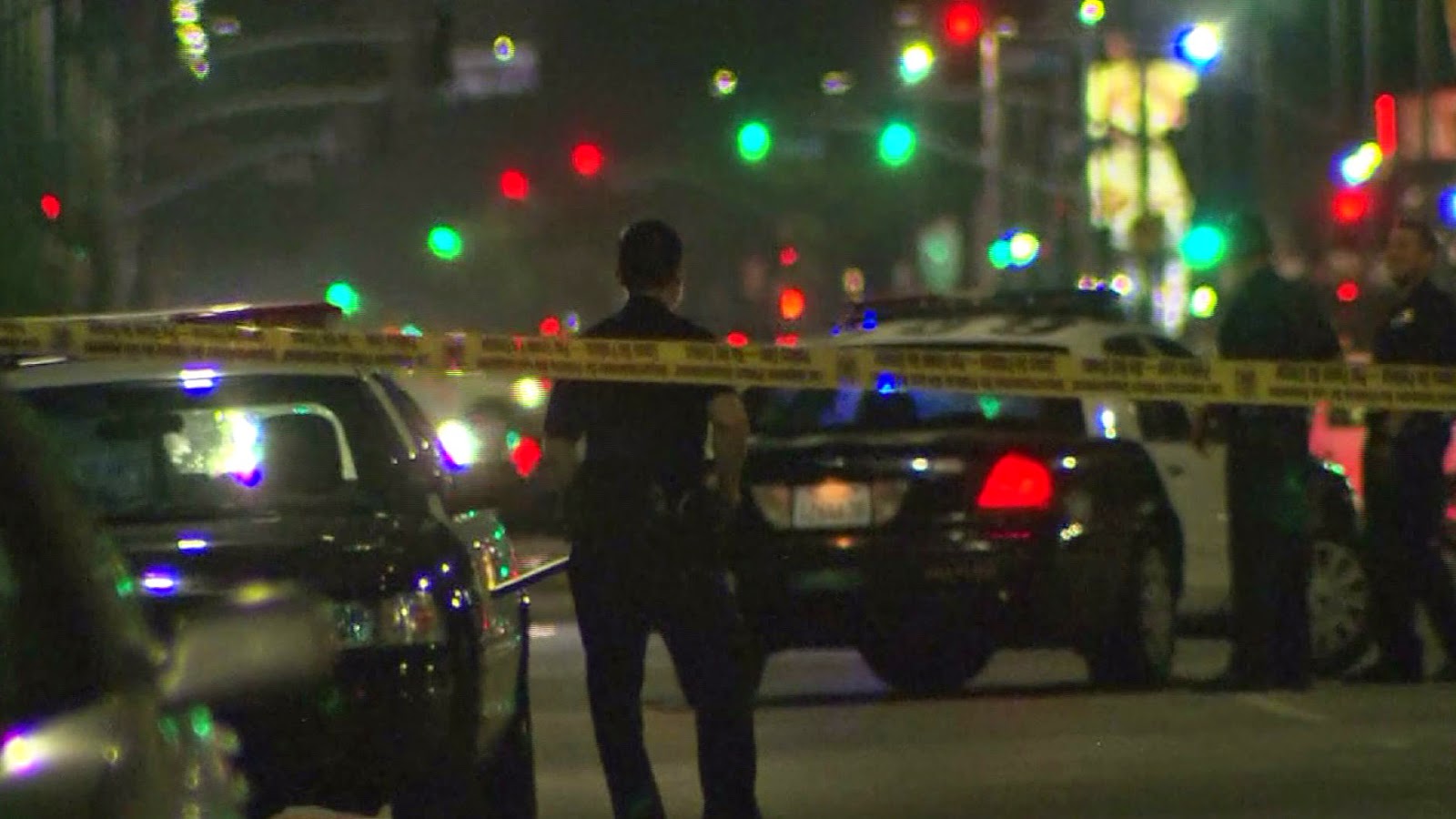 Two shot, one fatally, in South Los Angeles.
A 14-year-old boy was killed and a 19-year-old man injured in a shooting in South Los Angeles on Friday afternoon, police said.
The victims were gunned down around 5:40 p.m. in the 11200 bock of Figueroa Street, according to Officer Jeffrey Dohlen of the Los Angeles Police Department.
The deceased victim, who was not identified, was pronounced dead at the scene, Dohlen said.
Two suspects, both male, were still at large early Friday evening, Dohlen said.